English
EGOI is over. The Closing Ceremony, Goodbye Blogpost and Final Report are online.

European Girls’ Olympiad in Informatics or EGOI. If you've never heard of it, that's because it's new: This informatics competition for young women will take place for the very first time in 2021, in Switzerland. We talked to Stefanie, André and Ivana, three of the volunteers who are organizing the event. 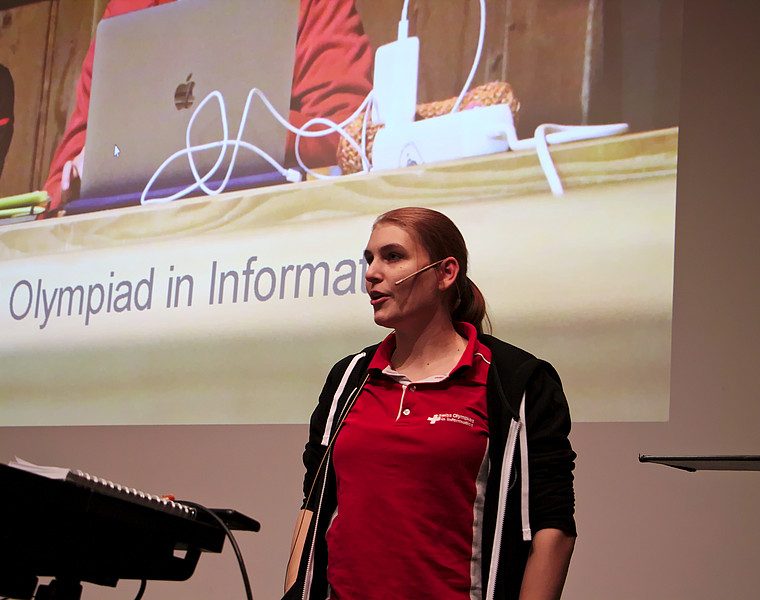 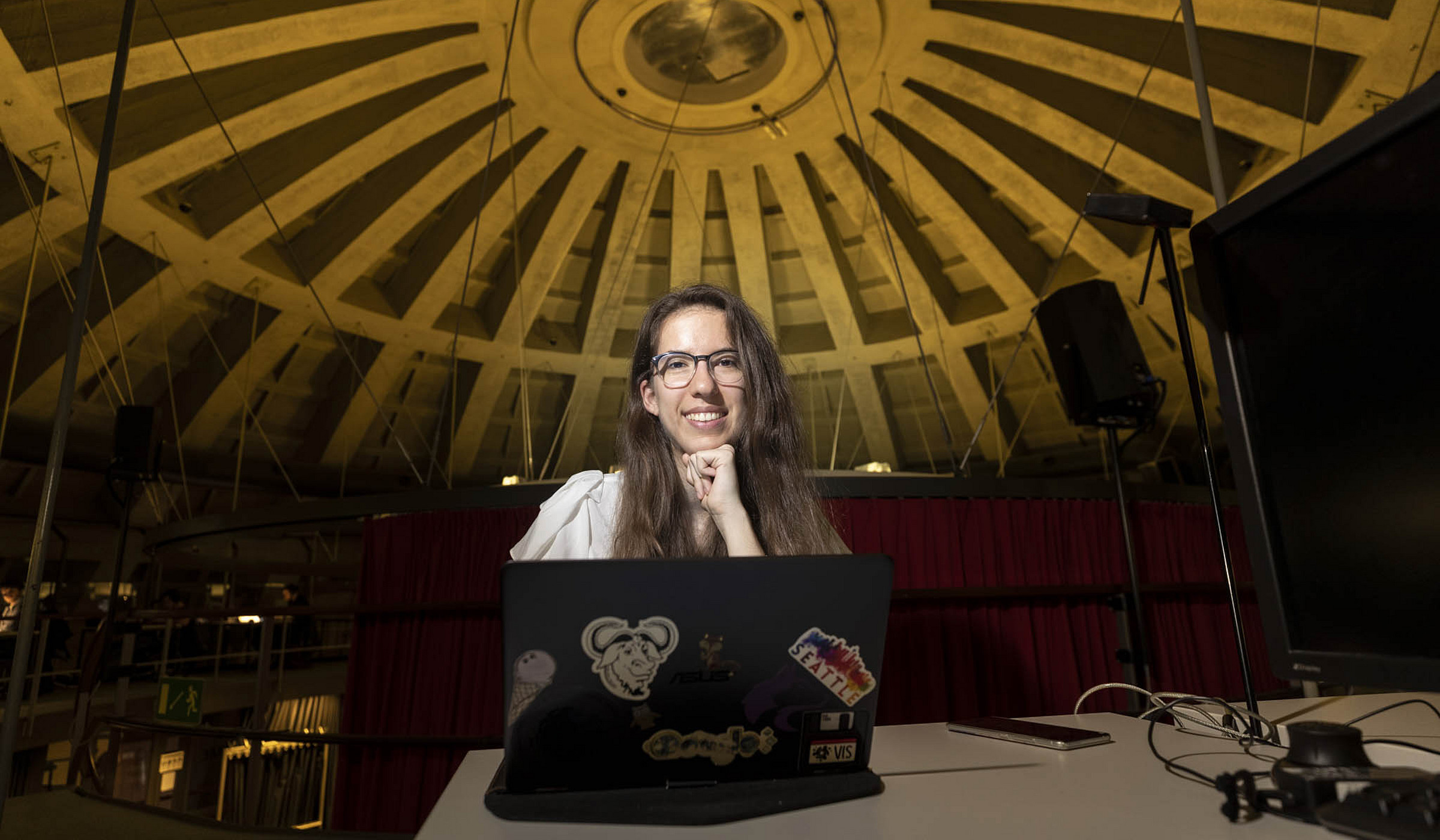 Science Olympiad: Ivana, Stefanie, André, you are part of the organizational team of the European Girls’ Olympiad in Informatics (EGOI). You devote a lot of time and energy to this project. Even before the EGOI, you were already active volunteers of the Informatics Olympiad. How did you get involved in the Science Olympiad?

Stefanie: My high school maths teacher tried to convince the brother of a friend to participate in the Mathematics Olympiad. However, he didn't even mention the Olympiad to me - I only heard of it from this boy's sister. He didn't qualify for the Olympiad in the end, while I did. I have heard lots of similar stories: The same teacher promotes an Olympiad to a male students, and in the end, a female student, who only learned about the Olympiad by chance, makes it to the next round. Teachers should actively encourage all talented students!

Ivana: Not really. My twin sister and I both heard of the Informatics Olympiad after competing in mathematics. We also went to the Physics Olympiad, thanks to our physics teacher.

André: I was told about the Informatics Olympiad by a teaching assistant in my elective informatics class. I competed during four consecutive years. After the military I started helping with the organization of the Olympiad. I even had the chance to attend the International Olympiad in Informatics as a delegation leader! Basically, I've been involved for a long time.

Where did the idea of organizing an Informatics Olympiad for young women come from?

Stefanie: Since 2012, there's been the European Girls’ Mathematical Olympiad (EGMO). I participated and it really boosted my confidence. It showed me that I can be successful on an international level.

Ivana: I went to EGMO as well, and it's just amazing! At mixed maths competitions, you often meet very few other girls. Once you get to EGMO, you're suddenly surrounded by young women. It makes you feel less strange for doing stuff that isn't considered "typically feminine".

Stefanie: There are even fewer women in informatics than in maths. This made me wonder: Why is there an EGMO, but no EGOI? Of course, organizing an international Olympiad is a big commitment. So I started small and initiated a training camp for the female participants of the Swiss Olympiad in Informatics. Yet, I just couldn't shake the thought of organizing an EGOI. About a year ago, I sat down with two other volunteers and we decided to just do it.

André, what motivates you to organize the EGOI? After all, you yourself wouldn't be eligible as a participant.

André: On one hand, I find it very interesting to be behind the scenes of a large, international event. Furthermore, the EGOI is an opportunity for Switzerland to make a name for itself in the international Science Olympiads community. The EGOI fills a gap: There are regional comptitions in informatics, but an explicitly European one doesn't exist yet. I think that's a shame. With its Schengen area and its short distances, Europe is the perfect place to hold an international Olympiad that doesn't force you to double your ecological footprint just to get there. Plus, the EGOI constitutes a concrete intiative to encourage women in informatics. More women getting into informatics helps the subject, as well as the Swiss Olympiad in Informatics. If we are only attractive and accessible to half the population, then we are missing out on a lot of talented people.

None of you have ever worked on a project like the EGOI before. What challenges did you encounter? What surprised you?

André: Since the EGOI is still a while away, most of the work is ahead of us. There are several task forces involved in organizing the event, and some of them have not yet had a lot to do at this point. What came as a bit of a surprise was the effort required for communication tasks. Most of the volunteers of the Informatics Olympiad don't have any experience when it comes to communication. I took over the task because I used to take care of the website and the posters for the Informatics Olympiad. But turns out there's a lot more to communication, especially when trying to reach a broader public. I didn't anticipate that in the beginning.

What do you want the participants to get out of the first EGOI?

Ivana: Above all, I hope that they make friends, that they meet people who are on the same wavelength. At the EGMO five years ago, I got to know people I'm still in touch with to this day.

André: I wish them a nice time with us, in Switzerland, so they go home with good memories. Who knows, mabye some of them will come back to Switzerland later! I want the participants to get to know our country, as well as all the other countries involved. There are few events where one can meet as many people from different places as an international Science Olympiad.

Stefanie: The participants of this first EGOI are very important, but we must keep in mind that we are not planning a one-time event. We want to start a tradition, the EGOI is meant to happen every year, just like any other international Olympiad. If a country wants to participate, they first have to gather a delegation of four women. That means, they have to encourage more women to participate in their national Olympiads. My hope is that the EGOI's positive effect is not limited to its participants, but that it increases diversity in informatics at large.

Thank you for the interesting conversation! Would anyone like to add something?

Stefanie: Three years ago, I wouldn't have dreamed of being the main organizer of a new international Olympiad! But at EGMO, I met participants who had done similar things. In her opening speech back then, Viviane Kehl, who was one of the organizers of the EGMO 2017 in Switzerland, said: «Five years ago, I was one of you participants. Five years from now, you may be the ones standing on the stage, announcing your own EGMO.» Role models like her gave me the confidence to embark on a project as big as the EGOI. I want other young women to take this message to heart: You can achieve so much more than you think. You can learn to programme and you can do so successfully. You can initiate your own projects and pursue them. Believe in yourselves and make the first step!